Well our captain Leon Smith made the decision to replace Andy Murray with Dom Inglot. So the scratch pairing had the daunting task of facing the world no. 1 pair, the Bryan brothers.

Before the tie, three of us were interviewed on Davis Cup TV. We showed off our banner and we asked to say the Davis Cup tag line ‘show your colours’. Play was preceded by the opening ceremony which featured many Davis Cup nation flags and the national anthems again.

When the action started Dom Inglot showed his nerves and his serve was broken twice in the first set. The second set went to the Bryans but the Brits were able to break to win the third set. The match was soon over and the final score was 6-2 6-3 3-6 6-1.

The crowd was bigger today but still not a full house. Tomorrow is going to be exciting with Andy Murray taking on Sam Querry followed by Donald Young v James Ward.

We are optimistic that GB can win a World Group tie for the first time since 1986 and get their first win over USA since 1935.

The scene was set for the match in Petco Park in San Diego. The teams marched out after their flags and the anthems were sung. 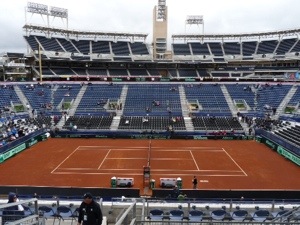 We enjoyed some banter with the locals and a few photos were taken. It was great to see Rod Laver take part in the coin toss for the first match which was a Davis Cup debut for Donald Young. After Andy Murray was taken to deuce in his first service game, he was pretty ruthless in winning 6-1 6-2 6-3. Young made too many mistakes including many double faults.

No surprises there then and the way the Querry v Ward match started it looked like that would go to form as well. However James Ward hung in there in the second set and managed to take the tiebreak. The third set went to Querry who went a break up early in the fourth set and it again looked like a US win but Ward was not lying down. After breaking back for 4 all, Ward broke again to win the set and, amazingly, raced to a 4-0 lead. He was pegged back to 4-1 when he lost his serve but then broke yet again and served it out. The final score was 1-6 7-6 3-6 6-4 6-1. It was quite extraordinary and I don’t think the US fans knew what to make of it. All the GB fans had a great time and the BATS members were making plenty of noise cheering the team. James Ward played really well at times with lots of confidence and his drop shot was quite exquisite!

The arena is quite big and was by no means full today. Presumably the locals were working and will fill the place tomorrow for the doubles. The weather today was not great as it was mostly cloudy with only the occasional glimpse of the sun and just a few drops of rain. The crowd was quite normal for the US – they came in and out a lot and there was a lack of proper stewarding. Also for much of the time there was a blue haze in front of us, being the smoke from the burger stands whose smell also wafted in our direction.

Tomorrow it’s the doubles and Colin Fleming & Andy Murray are scheduled to play the Bryan brothers. Leon Smith could decide to replace Andy with Dom Inglot in the morning if he wants to save Andy for the singles or Andy has any ill effects from today (most unlikely). 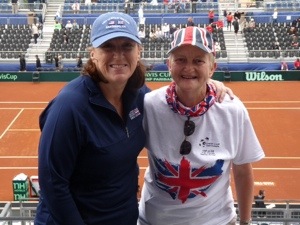 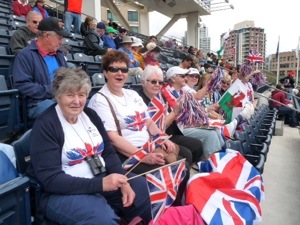 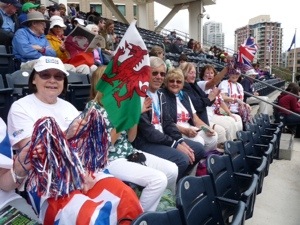 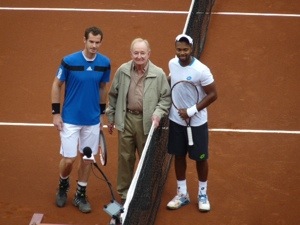 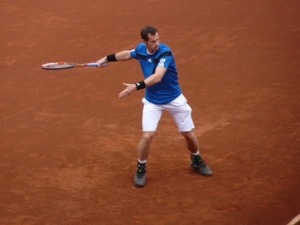 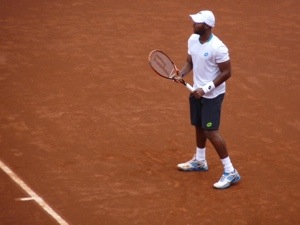 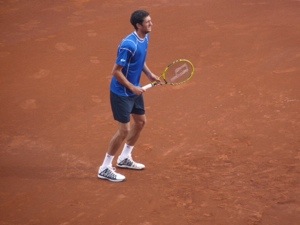 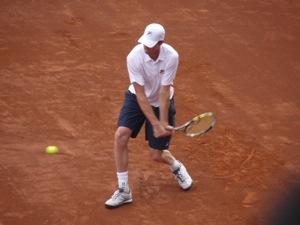 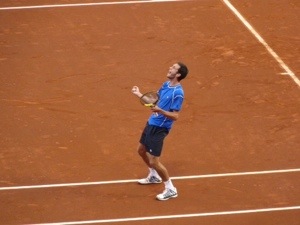 BATS members have been arriving in San Diego since Monday. We have been enjoying some sightseeing but later today the action will begin!

Yesterday evening we went to the LTA reception at the Hilton Bayfront Hotel to pick up our tickets and t-shirts. Some of us gate crashed the US supporters do by mistake but soon realised they were in the wrong place!

We heard the team news officially from Leon Smith, our captain:

John Isner has withdrawn due to injury and has been replaced by Donald Young.

James Ward will be the no. 2 singles player and Dom Inglot is included in the team in case Andy is not able to play the doubles with Colin Fleming. The clay court is slippery and not that slow so Leon decided James Ward’s experience was more important. James has beaten Sam Querry (at Queen’s) so that should give him confidence.

In the first round of the World Group in 2014, Great Britain will meet USA in San Diego.

On Sunday night, Andy Murray was voted as the BBC Sports Personality of the Year.

He received 55.96% of the vote with Leigh Halfpenny in second place receiving on 9.19%.  It was an overwhelming endorsement of Murray’s success in winning Wimbledon. 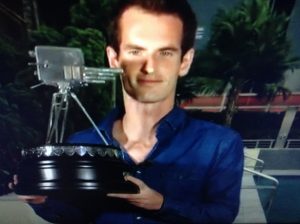