We felt optimistic at the beginning of the day as we took the 151 bus to Tennis Club Napoli.

Andy Murray started well but after the Stirling University chant against Fognini upset him, he upped his game and Murray couldn’t cope. Suddenly Fognini won 5 straight games to win the set. We remonstrated with the students to change their chants but they refused.

Fognini was playing very well and Murray had no answer so it was soon clear that Fognini would win and he completed his victory by 6-3 6-3 6-4.

After a short break it was time for the final match between James Ward and Andreas Seppi. It was a real mountain to climb for Ward on clay but he did well and exchanged breaks twice with Seppi but could not prevent Seppi winning the first set 6-4. Ward continued to play well but could not quite win a set and Seppi won the next two sets 6-3 6-4.

The result of Switzerland v Kazhakstan was no longer relevant and we now have to look forward to a first round in March 2015.

Nonetheless it has been a great weekend enjoyed with several new BATS members and many new members have been signed up. 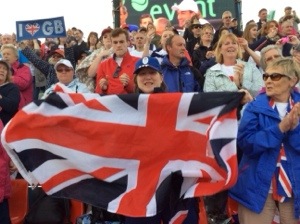 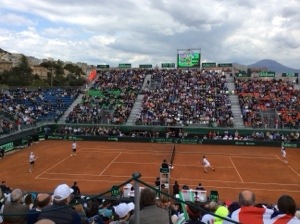 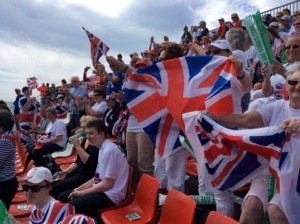 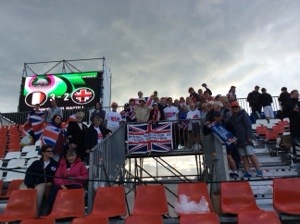